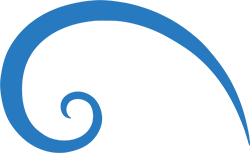 Pancreatic cancer is the fourth leading cause of cancer deaths in the U.S.; more than 30,000 Americans are expected to die from the disease this year. It is an extremely difficult cancer to treat, and little is known about what causes it. One established risk factor in pancreatic cancer is cigarette smoking; other links have been made to obesity, diabetes type 2, and insulin resistance. In a new study, researchers at the Harvard School of Public Health (HSPH) and Dana-Farber Cancer Institute found that periodontal disease was associated with an increased risk of cancer of the pancreas. The study appeared in the January 17, 2007, issue of the Journal of the National Cancer Institute.

“Our study provides the first strong evidence that periodontal disease may increase the risk of pancreatic cancer. This finding is of significance as it may provide some new insights into the mechanism of this highly fatal disease,” said lead author Dominique Michaud, assistant professor of epidemiology at HSPH.

Periodontal disease is caused by bacterial infection and inflammation of the gums that, over time, cause loss of bone supporting the teeth; tooth loss is a consequence of severe periodontal disease. Two previous studies had found a link between tooth loss or periodontitis and pancreatic cancer. One study consisted of all smokers, and the other did not control for smoking in the analysis; therefore, no firm conclusions could be drawn from these studies.

Data for the new study came from the Health Professionals Follow-Up Study, which began in 1986, and included 51,529 U.S. men working in the health professions. Participants responded to questionnaires about their health every two years. After analyzing the data, the researchers confirmed 216 cases of pancreatic cancer between 1986 and 2002; of those, 67 reported periodontal disease.

The results showed that–after adjusting for age, smoking, diabetes, body mass index, and a number of other factors–men with periodontal disease had a 63% higher risk of developing pancreatic cancer compared to those reporting no periodontal disease. “Most convincing was our finding that never-smokers had a two-fold increase in risk of pancreatic cancer,” said Michaud.

Another explanation, according to Michaud, is that periodontal disease could lead to increased pancreatic carcinogenesis because individuals with periodontal disease have higher levels of oral bacteria and higher levels of nitrosamines, which are carcinogens, in their oral cavity. Prior studies have shown that nitrosamines and gastric acidity may play a role in pancreatic cancer.

Michaud; senior author Charles Fuchs, a gastrointestinal oncologist at Dana-Farber; and their colleagues believe that further studies should be done to investigate the role of inflammation from periodontal disease in pancreatic cancer. However, Michaud notes that the underlying mechanisms for this association are speculative at this point. “More research is needed both to confirm this finding in other populations and also to explore the role of inflammation in this particular cancer,” she said.

Dr. Lara Tull Ryan, located in Overland Park, KS, is a Periodontist who services patients from Shawnee, KS, Leawood, KS, and Lenexa, KS. We are looking forward to welcoming you to our office and encourage you to schedule your appointment today!

This study was supported by grants from the National Cancer Institute.

Harvard School of Public Health is dedicated to advancing the public’s health through learning, discovery, and communication. More than 300 faculty members are engaged in teaching and training the 900 plus student body in a broad spectrum of disciplines crucial to the health and well-being of individuals and populations around the world. Programs and projects range from the molecular biology of AIDS vaccines to the epidemiology of cancer, from risk analysis to violence prevention, from maternal and children’s health to quality of care measurement, and from health care management to international health and human rights. For more information on the school visit: http://www.hsph.harvard.edu/
For more information:
“Periodontal Disease and Pancreatic Cancer Linked.” Medical News Today. 19 January 2007, http://www.medicalnewstoday.com/releases/60977.php. 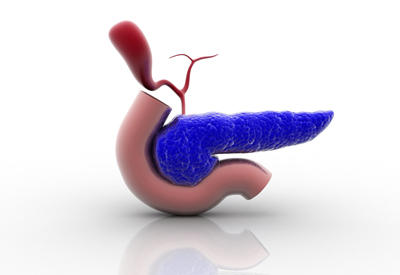 We look forward to welcoming you to our practice!

We provide you with the highest quality Johnson County dental care in a friendly, comfortable environment. We are committed to excellence in our field, and will utilize the latest technological advances to ensure you receive the absolute finest care possible.